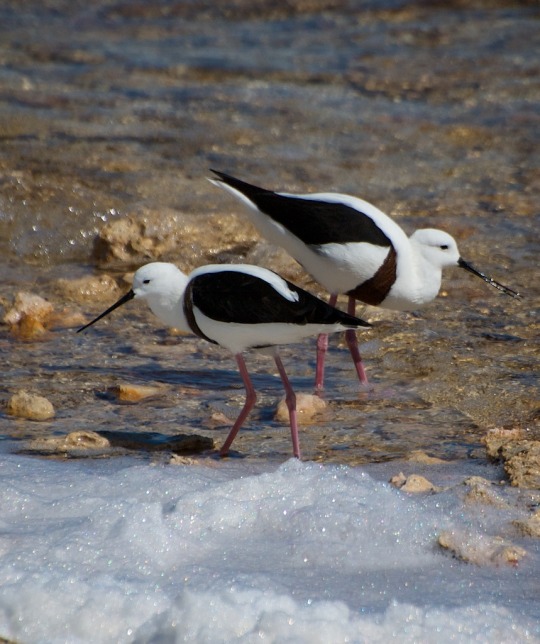 By Helena Bella, CC BY-SA 3.0 Etymology: Thin Branch Bill First Described By: Gray, 1840 Classification: Dinosauromorpha, Dinosauriformes, Dracohors, Dinosauria, Saurischia, Eusaurischia, Theropoda, Neotheropoda, Averostra, Tetanurae, Orionides, Avetheropoda, Coelurosauria, Tyrannoraptora, Maniraptoromorpha, Maniraptoriformes, Maniraptora, Pennaraptora, Paraves, Eumaniraptora, Averaptora, Avialae, Euavialae, Avebrevicauda, Pygostaylia, Ornithothoraces, Euornithes, Ornithuromorpha, Ornithurae, Neornithes, Neognathae, Neoaves, Aequorlitornithes, Charadriiformes, Charadrii, Charadriida, Recurvirostridae Status: Extant, Least Concern Time and Place: Within the last 10,000 years, in the Holocene of the Quaternary  Cladorhynchus is known primarily from Western and South Australia, with some range into Victoria. It has also been spotted in the northern half of Australia, but this is not confirmed.  Physical Description: The Banded Stilt, Cladorhynchus, is a long-legged wading bird – hence, really, the name Stilt. They are between 35 and 43 centimeters in length, making them about the length of a large laptop computer. They are mostly white in color, with black back and wing feathers, and a distinctive brown band extending across the chest and down the center of the belly. Their legs are orange, and their bills are long, skinny, and black. In fact, their bills are so long, they usually are twice as long as the rest of the head. Both sexes are identical, and the juveniles differ by having grey heads and duller coloration, except for brighter legs. Diet: The Banded Stilt feeds on small crustaceans and other aquatic food sources such as insects, molluscs, fish, and even some plants. They get these food items by probing for food with their long beaks in the water or mud, as they stand or swim in the shallow water.  By Ed Dunens, CC BY 2.0 Behavior: The Banded Stilt is a very social bird, living and foraging for food in groups of up to hundreds of birds, though they can be smaller as well. Theyll hunt together by pecking, probing, plunging, and cutting with their beaks. They do make calls, usually soft barking ones, which become loud and overwhelming in their huge focks. They move according to rainfall, migrating to where sources of water form, given that their main food sources are water based and their habitats tend to be associated with wet environments. This makes them a very nomadic species, given the unpredictable climate of Australia; sudden rainfall will cause an entire flock to migrate almost instantaneously. The Banded Stilt breeds sporadically and due to the presence of suitable water habitats, though breeding colonies may consist of tens of thousands of nests with extremely high density – up to 18 nests per square meter. These nests are not necessarily all in sync; different parts of the flock may be at different nesting stages at any point. The Banded Stilt builds nests with bare soil and some vegetation; they scrape a bowl in the ground and lay three to four eggs in it. The eggs are white, with dark streaks; the parents will take turns incubating the eggs every one to six days, for about three weeks – the long time of incubation is mostly due to food scarcity in the dry environment of Australia. the males do most of the caretaking of the eggs during hatching and early rearing, so the females can produce a second clutch. THe chicks are fluffy and white, and absolutely adorable. Ecosystem: The Banded Stilt mainly lives in salty and hyper-salty inland water (such as salt lakes), and along the coast; they often follow rainfall across the inland and congregate where saline water sources form. They are rarely found in less salty sources of water. They are preyed upon by silver gulls, wedge-tailed eagles, white-bellied sea eagles, spot-bellied eagle-owls, and black falcons; which mostly eat the young of this species during the nesting season. Other: The Banded Stilt is easily spotted by being the only stilt with such a distinctive ruddy band across its chest. ~ By Meig Dickson Sources under the cut Jobling, J. A. 2010. The Helm Dictionary of Scientific Bird Names. Christopher Helm Publishing, A&C Black Publishers Ltd, London. Marchant, S., P. J. Higgins. 1993. Handbook of Australian, New Zealand, and Antarctic Birds. Vol 2: Raptors to Lapwings. Melbourne, Victoria: Oxford University Press. Pedler, R. D., R. F. H. Ribot, A. T. D. Bennett. 2014. Extreme nomadism in desert waterbirds: flights of the Banded Stilt. Biology Letters 10 (10): 20140547. Pedler, R. M., M. A. Weston, A. T. D. Bennett. 2016. Long incubation bouts and biparental incubation in the nomadic Bandid Stilt. Emu 116 (1): 75 – 80. Pierce, R.J. & Kirwan, G.M. 2018. Banded Stilt (Cladorhynchus leucocephalus). In: del Hoyo, J., Elliott, A., Sargatal, J., Christie, D.A. & de Juana, E. (eds.). Handbook of the Birds of the World Alive. Lynx Edicions, Barcelona. 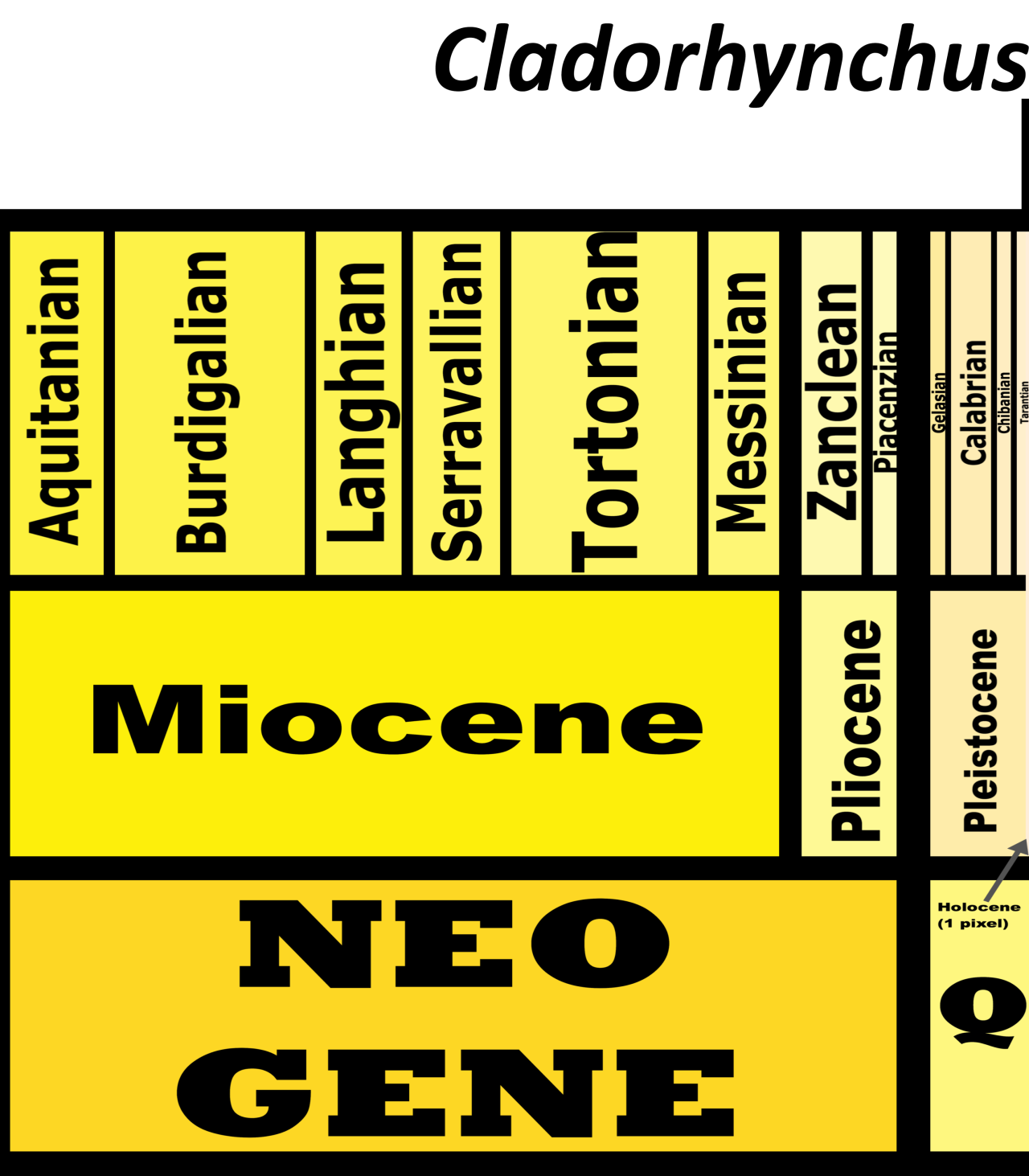 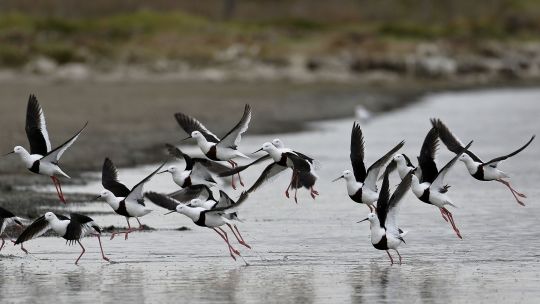