Are you talking about Aaravos or Viren, anon? Im guessing you mean Aaravos, and that youre loo… 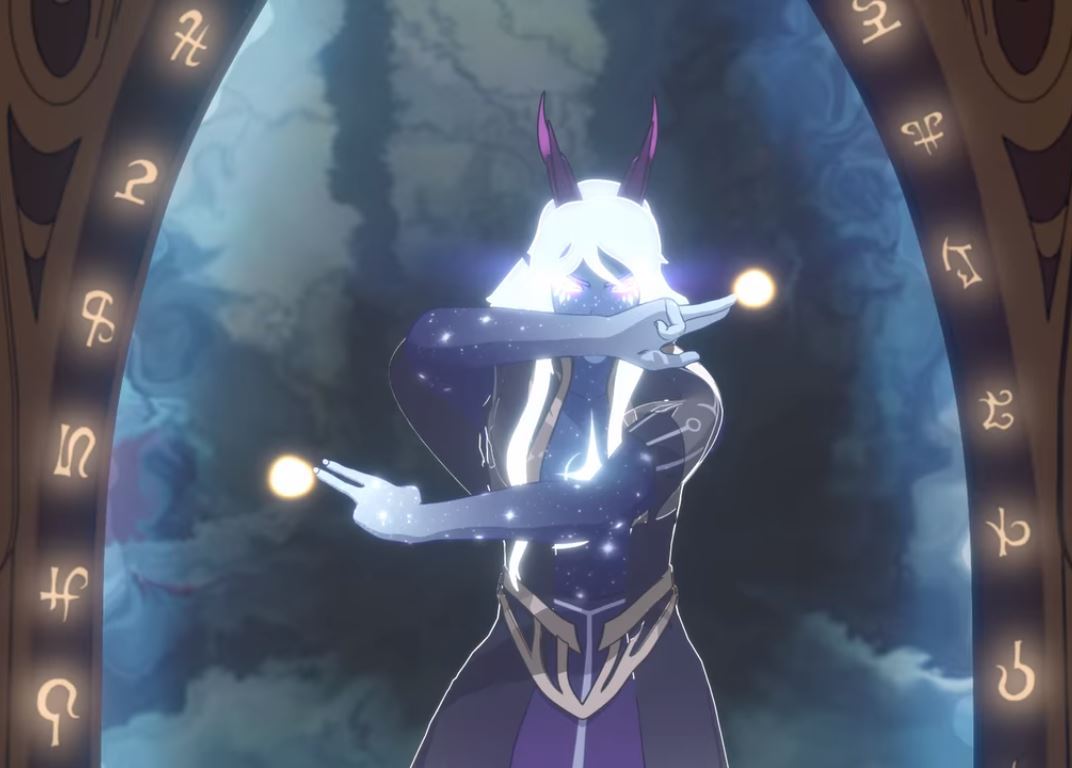 Are you talking about Aaravos or Viren, anon? Im guessing you mean Aaravos, and that youre looking at his rune drawing as the performance of martial art moves. I can see it!  I love seeing martial arts and magic get mixed. Its two of my favorite things married together. Ugh, so much fun. And one of my favorite bits about Aaravoss spellcasting is that its simultaneously two-handed. Hes just swiping spell lines out there willy nilly like it aint no thang. He aint got time for that whole drawing from one end to the other thing, like Claudia does. Nope. We two-hand this spell and we move on to the next one, chop chop. And his moves are very martial-art-like. His Sun spell begins with nice prep pose, loading up a bilateral power swing. Finger control is on point. Arms parallel. Large and small muscle groups are highly trained. Hes even dropped into a nice stable stance to cast–all the better to keep his balance as he flings magic in all directions. Behind this half-drawn spell you can see that hes drawn his arms in and crossed his wrists. Hes loading up to reach back out with the second part of this spell.  Here, the Sun spell is complete, but you can see that hes already moving into the next spell–which oddly we dont seem to get to see, unless this is just an intermediate position for another Sun spell, since Viren does fling more fireballs from his staff. But again, it uses crossed arms as a load-up. Hes casting fast, and he needs the momentum. The first part of Fulminis. Arms crossed once again, powering up for those fast moves. Fingers extended to draw. This is one of my favorite poses from Aaravoss spellcasting. It takes me back to all the martial arts movies I watched when I was younger. Very “bring it,” very actiony. This one looks like the punch part of a block-punch combo. I can still see my favorite sensei doing this–he really liked it, and he was 5′4″ so his punches were always below everyone elses eyeline and they never saw it coming. Being 6′6″, Aaravos probably has the opposite effect with the same result. Double shuto, anyone? Judo chop! Also, my daughter pointed out to me that Zuko does this exact move in ATLA. Its very pretty. Although this spell move is meant to encircle the rest of the rune, I can see Aaravos slamming into someone/a different rune with a differently directed move of this sort. Simultaneous physical and magical attacks? That feels like the next step with this, doesnt it? Between his stable leg position and his bilateral loading and unloading of arm moves, it seems clear that Aaravoss spellcasting is based on martial arts, though its harder to tell from this brief glimpse if theres much delineation in style among various primal sources, as ATLA had (at least to me, Im not super skilled in identifying exact styles based on just a few moves).  So Id say absolutely, anon, there could be battle mages. I think Aaravos could be one, if he were fighting in person. Considering how oddly attached he is to physical things (bug stuff, okay, its weird) for an elf whose power lies with the metaphysical and psychic, its very possible he specifically trained for physical battle as part of his spellcasting. Judging by the amount of effort it takes to become truly skilled at martial exploits–judging by Runaan and Rayla–and at magic–looking at Lujanne–it seems that anyone studying both would need many many years to gain true mastery, and they may not have time for much else in their lives. I dont want to point a finger at the Air Nomads, but… *points a finger at the Air Nomads* A dedicated culture of magical martial arts is probably the best way to get TDP fighting mages. It could be a very small group, or a whole culture. Id like to see it be the Earthblood elves, or at least those living at the Earth Nexus. But Aaravos has clearly had long enough to master both magic and martial arts, at least to the extent that he uses them to speed and guide his casting. Even if he got his bending taken away arcana stripped out, he would still be a formidable fighter against any nonmagical opponents–and probably some magical ones, too. 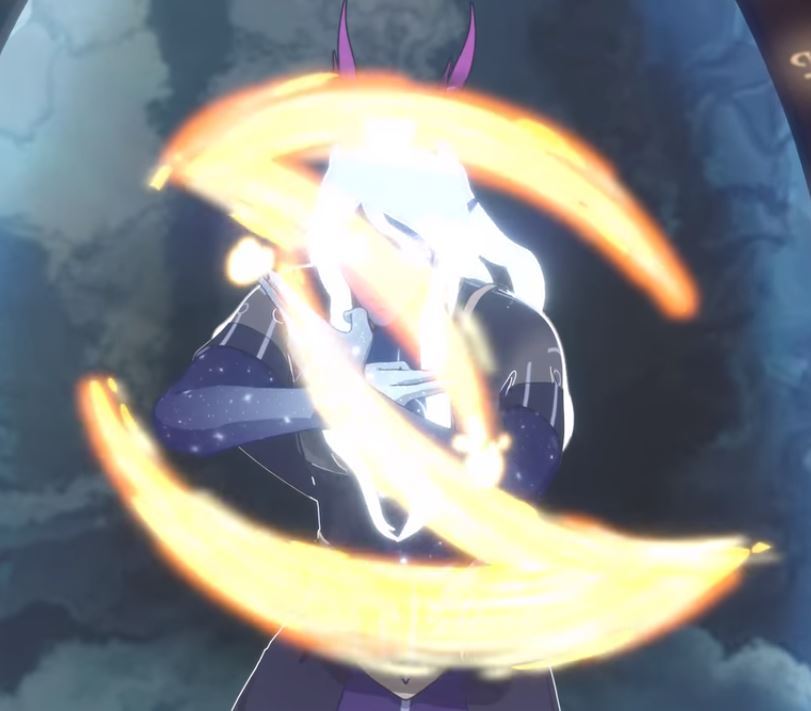 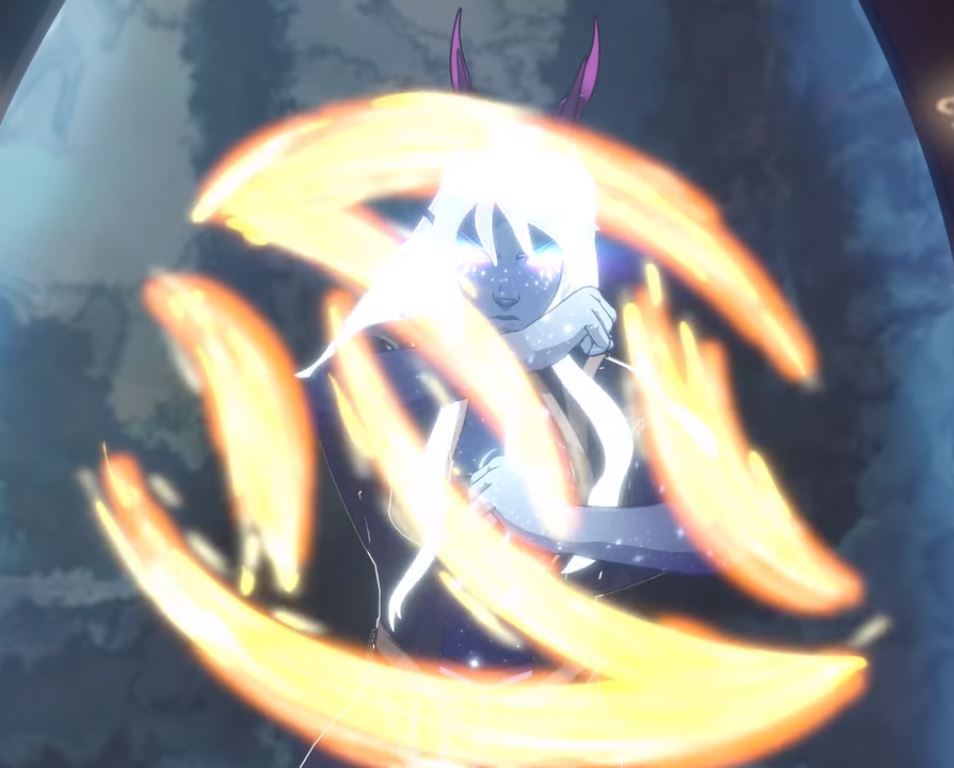 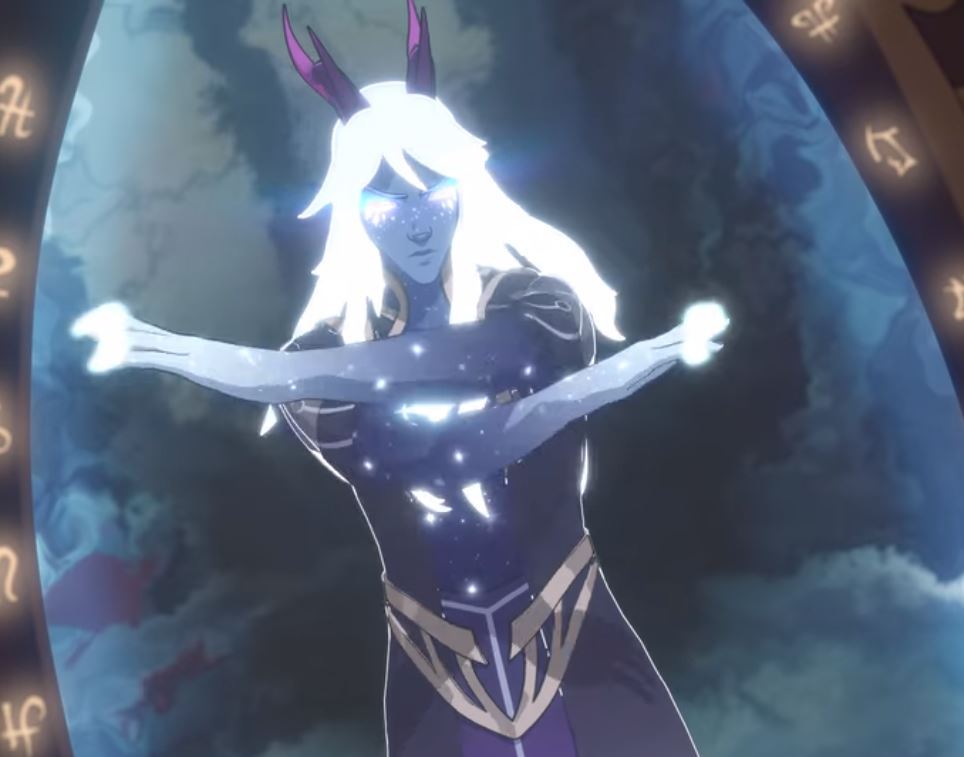 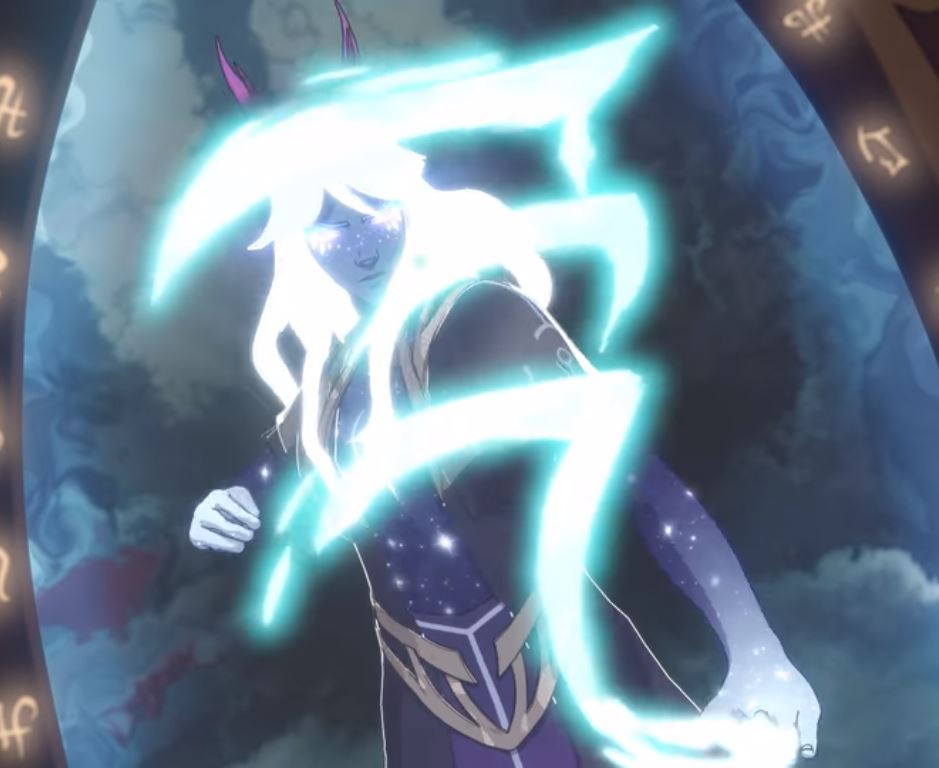 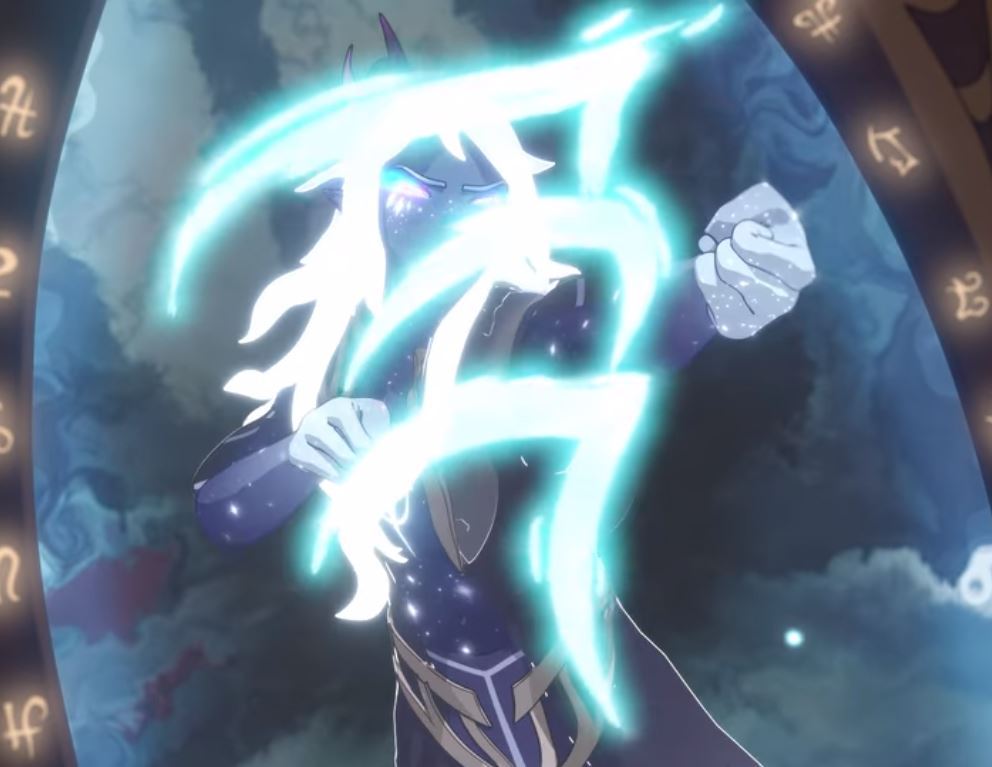 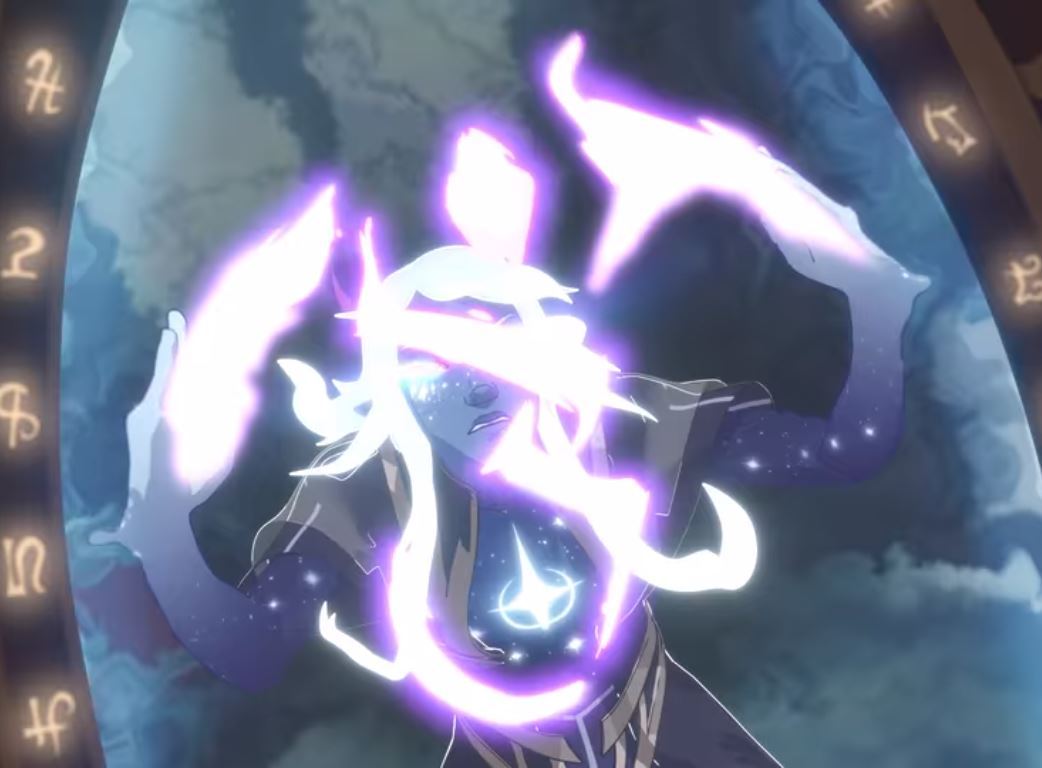